The story of Spider, Frog and Chameleon by Ibrahim Tume Ushe demonstrates the artful use of language structures to craft a narrative. There are seven distinct sections: an introduction; Wild Dog’s invitation; Spider’s speech; Frog’s speech; Chameleon’s speech; and the final reactions of the other animals. This story is used for a case study in Paterson (2015).

This story was composed as an oral story by Ibrahim Tume Ushe sometime before 2005; he provided a handwritten version in the orthography; it was subsequently typed as a Word document. It was also translated into English by Ibrahim Tume Ushe. In 2007, I recorded two versions of the story read from the transcribed text first by Sunday John and a second read by John Ibrahim. I transcribed the text in IPA including tone marking from the 2007 recording and did morpheme-by-morpheme glossing in FLEx. In 2020, I annotated this story for speech constructions using ELAN-CorpA and the Reported speech annotation template for ELAN (Nikitina et al. 2019) for the project Discourse reporting in African storytelling. The annotated text will be available online in early 2021 with the launch of the Discourse Reporting in African Storytelling repository. 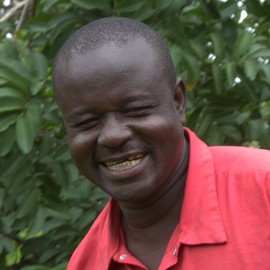